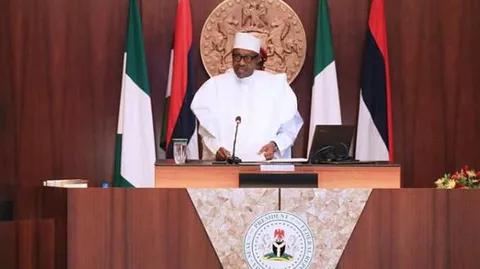 The presidency has just declared that President Muhammadu Buhari will address Nigerians by 7am, as against 10am when it was initially scheduled.

The official address which will be broadcast on government-owned media outfits is now part of the events marking Nigeria’s 60th anniversary.

Part of the statement by the Special Adviser to the President on Media and Publicity, Mr Femi Adesina read, “As part of activities commemorating the 60th Independence Anniversary of the country, President Muhammadu Buhari will broadcast to the nation on Thursday, October 1, 2020 at 7am.

“All television, radio and other electronic media outlets are enjoined to hook up to network services of the Nigerian Television Authority (NTA) and the Federal Radio Corporation of Nigeria (FRCN) respectively for the address.

“The President will thereafter, proceed to the Eagle Square, Abuja to review the Anniversary Parade and participate in other activities beginning at 10am, which will be covered live by major television and radio stations.