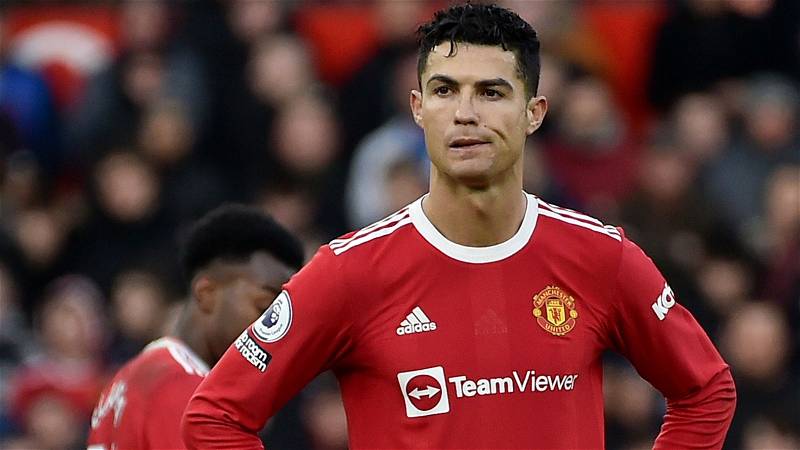 It has become so severe moments for Portuguese striker, Cristiano Ronaldo following his immediate sack by his former club, Manchester United, and now being hit with a two-match ban and a fine of £50,000 by the English Football Association for improper behavior towards a fan.

The Portuguese were charged with violent misconduct after he smashed a fan’s phone in a match against Everton in April.

The ban means that Ronaldo would be suspended for two games if he joins another EPL club with Chelsea and Newcastle strongly linked with a move for the 37-year-old.

An FA statement said: “Cristiano Ronaldo has been suspended for two matches, fined £50,000, and warned as to his future conduct for a breach of FA Rule E3. The forward admitted that his conduct after the final whistle of the Premier League game between Manchester United FC and Everton FC on Saturday 9 April 2022 was improper.

“An independent Regulatory Commission found that his conduct was both improper and violent during a subsequent hearing, and imposed these sanctions.”

This development is coming barely after 24 hours his contract with Manchester United was terminated by mutual consent following his explosive interview where he carpeted the club.

The five-time Ballon d’Or winner posted a statement of goodbye to the club where he is regarded as a Legend.

“Following conversations with Manchester United we have mutually agreed to end our contract early.

“I love Manchester United and I love the fans, that will never change. However, it feels like the right time for me to seek a new challenge.

“I wish the team every success for the remainder of the season for the future.”
(Vanguard).