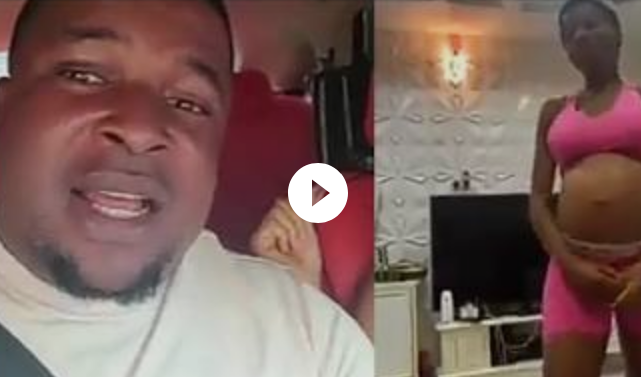 Following the trending video of the popular Nigerian Prophet, Onye Eze Jesus and his wife Pinopino having some time in bed, the fiery pastor has responded to critics, stating that he is still proud of his wife.

In a live tape, Onye Eze Jesus urged critics to concentrate only on the matters that concern them and let alone his own family.

He, however, revealed that he wouldn’t have allowed such to happen if he was aware of the live video although, maintaining that he has every liberty to play with his wife.
“Leave me and my wife alone. Whatever we do is not your business. Go and face your family.
Did I do it with your girlfriend? I didn’t know the live video was on.
“Why are some people killing themselves over someone else’s business?”

see the clip as he blasts critics: