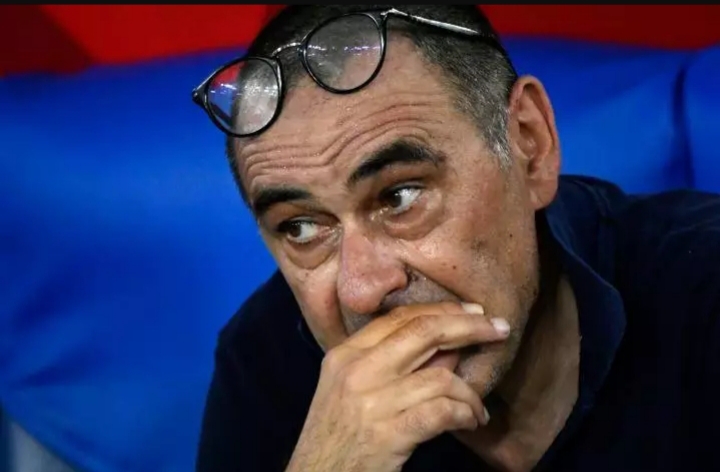 The former head coach for Napoli and Chelsea has hereby been sacked as Juventus head after the Turin side failed to advance to the next stage of the Champions League. Lyon qualified on aggregate because they flogged Juventus by 1-0 In the first leg at their home, the return leg ended 2-1 in favour of Juventus, Making it 2-2 on aggregate and the Lyonnais qualified by Champions League rules.

Sarri who won the Serie A but had many issues in the 2019/20 season because he lost some couple of important matches, recalled that he also lost the Italian cup final and there’s been a lot speculations about his sacking to be imminent, and now it seem the Azzuri board are fed up with his service,so therefore he has been relieved of duty..

Pochetino or Allegri could be taking the job .
Who do you think should succeed Sarri?