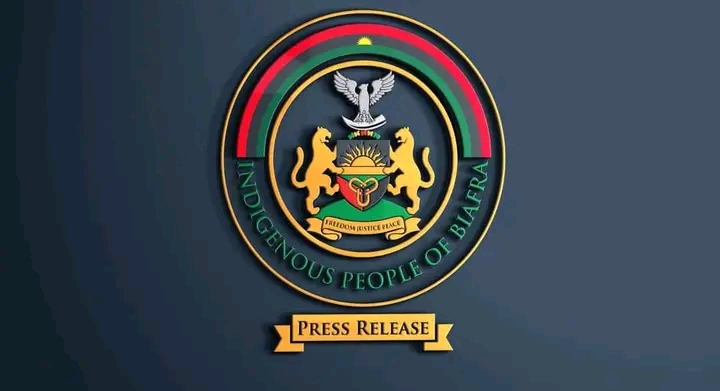 The leadership of the global family of the Indigenous People Of Biafra IPOB, ably led by Mazi Nnamdi Kanu, has lambasted Professor Akintoye over unguided utterances during his BBC interview.

Prof Akintoye was said to have referred to Mazi Nnamdi Kanu as a noise maker while praising Sunday Igboho.

Consequently, the Indigenous People People Of Biafra IPOB, via a release signed by the group’s Media and Publicity Secretary, Comrade Emma Powerful, has expressed bitterness and condemned the derogatory role of Prof Akintoye.

IPOB further distanced itself from the alleged Biafra Government in exile

The Document read in part:

“It’s unfortunate that this old man whom our leader and IPOB hold in high esteem will stoop so low to speak like a Nigeria-paid agent. Prof Akintoye should understand that Mazi Nnamdi KANU is the only man that put fear in the Fulanized Government of Nigeria. For him to refer to our Leader as a noise maker shows the level of hatred he has for our Leader, Mazi Nnamdi Kanu. If Prof. Akintoye’s boy, Sunday Igboho and Yoruba agitators are making noise, Mazi Nnamdi KANU and IPOB are not. We are in serious business in our quest for the restoration of Biafra.

“The old Professor with Nigeria divide and rule mentally has been working with enemies of Mazi Nnamdi Kanu to discredit IPOB’s movement. Paid agent, Akintoye worked with Tony Nnadi on their irrelevant Lower Niger Republic or Congress project or whatever name they called it and woefully failed. Today he has started working with Simon Ekperima and boosting his ego to frustrate IPOB and Mazi Nnamdi Kanu. They don’t understand that we are resolute and have dismantled all past enemies and obstacles that have stood in our way. We will overcome and dismantle them too, shortly.

“It is all a part of Fulanized Nigeria government’s plans to find people who will make noise about Biafra while their target is to harm our leader, Mazi Nnamdi KANU. None of them is looking for freedom but want to hoodwink the public while planning on how to harm IPOB and Mazi Nnamdi Okwuchukwu KANU.

“We also wish to remind Koiki Media to keep to their lane in their Oduduwa struggle. As much as we support Oduduwa’s struggle by using our social media platforms to promote them, we do not in any way claim an alliance with them. They should not start any media wars with IPOB, otherwise, our media warriors will take them out of the media space. IPOB freedom movement led by Mazi Nnamdi Kanu is a freedom struggle for all the oppressed people in Nigeria but we will not tolerate any form of sabotage from those same people.

“Moreso, we want to state again that IPOB led by Mazi Nnamdi Kanu has nothing to do with the so-called Biafra government in Exile. IPOB has never authorized anybody to form Biafra Government in Exile while our leader is in DSS detention. We have said before and we wish to say it categorically again that anybody forming government in exile is a criminal and any day we catch him or her, their name will be sorry. Sponsors and initiators of Government in Exile are power-drunk people who want to displace Mazi Nnamdi Kanu and destroy the Biafra movement and our struggle for independence. We won’t allow such to happen because we are the last line of defense against the enemies of the Indigenous Peoples in Africa.

“The only official communication channels for IPOB are Emma Powerful (Media and Publicity Secretary), Radio Biafra, Mazi Chika Edoziem(HDOS), and Mazi Chinasa Nworu (member, DOS). IPOB does not have a spokesperson other than those mentioned above. Anyone claiming such a position is an imposter, an infiltrator, and an agent provocateur.

“IPOB is not a push over and anybody thinking he or she can be used to destroy IPOB should ask Nigeria government, “how far”? IPOB is a divine mandate from God Almighty Chukwu Okike Abiama to restore Biafra’s freedom and sovereignty. At the end of this journey, Biafra Nation will emerge.