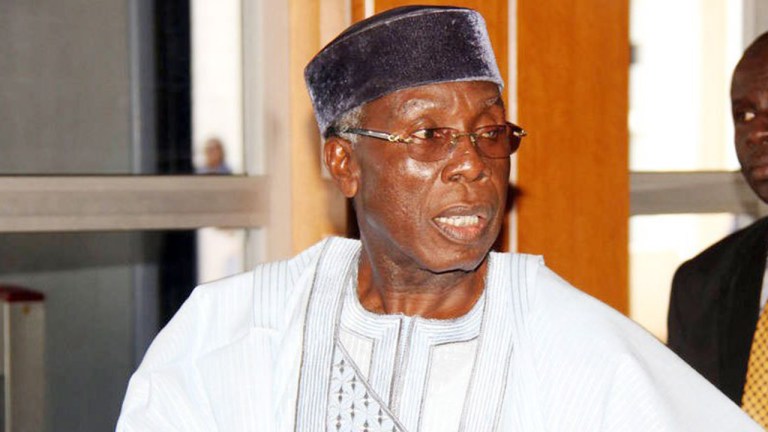 A foundation member of the All Progressives Congress and immediate past Minister of Agriculture, Chief Audu Ogbeh, has said the crisis which hit the party began when those who played no role either in its formation or in electioneering leading up to its historic 2015 victory took charge of affairs.

Ogbeh said this in an interview on Friday. He noted that unlike ex-President Olusegun Obasanjo, the President, Major General Muhammadu Buhari (retd.), didn’t interfere in the management of the party.

He stated that when he left office as the National Chairman of the Peoples Democratic Party to work with other notable Nigerians to start the new opposition movement, he was mocked but didn’t allow that to deter him.

Ogbeh said, “We knew (from the beginning) that the same problems we faced in the PDP were bound to rear their heads in the APC, if we didn’t take time to deal with them.

“We do not have in Buhari the same personality we had in Obasanjo. If anything, Buhari withholds himself from the problems of the party, he doesn’t interfere.

“Sometimes, he stays away too far. We knew really, but then, we had our big dreams. As it is usual with politics, after the election, there were people who really didn’t play any role during the party formation, the campaigns, people whom we invited who said they wanted nothing to do with us, that we were serial losers. As soon as we won, they turned up and played the most strategic roles in the business and it upset many.

He traced some of the problems being faced by the Buhari regime to Nigeria’s weak economy which he said would always make governments unpopular unless it was dealt with.

The elder statesman explained that the damage done to the country’s economy by the Structural Adjustment Programme introduced by the regime of General Ibrahim Babangida (retd) in 1986 would remain with the nation for a long time to come.

Ogbeh said “Governing the country has its own challenges. SAP did damage to this country which will continue to compromise the integrity of political actions for a long time to come.

“As long as the economy is this weak, no regime is going to become popular no matter how it tries. I am not alone (in this). I am not even an economist.

“Two Americans, Geffrey Sachs was economic adviser to Kofi Annan and Paul Krugman is a Professor of Economics in Harvard, a Nobel Prize winner in Economics from the US. Both of them condemned SAP as the worst assault on Africa since the slave trade.