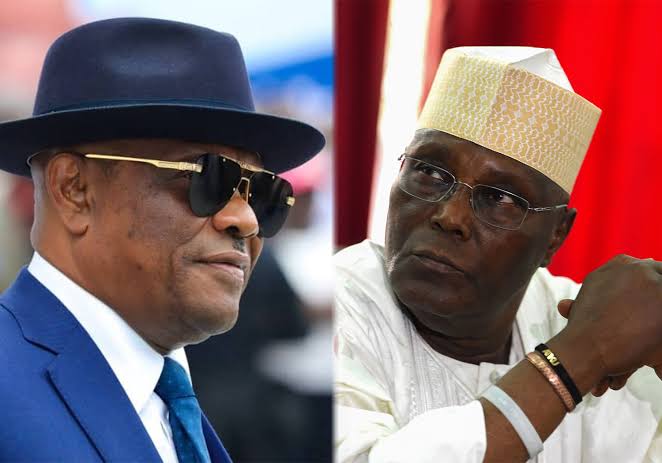 There are indications that the presidential candidate of the Peoples Democratic Party (PDP), Atiku Abubakar does not want to leave aggrieved members out of the party’s 2023 campaign.

Naija News had earlier reported that PDP officially flagged off its presidential campaign in Uyo, Akwa Ibom State on Monday. The camp of the Rivers State Governor, Nyesom Wike, however, was absent from the event. Meanwhile, there are indications that the former vice president has engaged some leaders in the party, including former governors to help pacify the camp of Governor Wike. It was learnt that Atiku on Tuesday met with the party leaders to reach out to Wike for him to work for the party’s success in 2023. A source that knows about the meeting disclosed that a former Governor of Delta State was at the meeting alongside five other party leaders at a private residence in Maitama, a highbrow area in Abuja. Further reports had it that Atiku attended the meeting with only close confidants. The source that spoke with Leadership disclosed that the point of discussion is how to attract Governor Wike’s camp. According to the source, party leaders are mindful of the impact of not having the five governors on the camp onboard for the campaign.