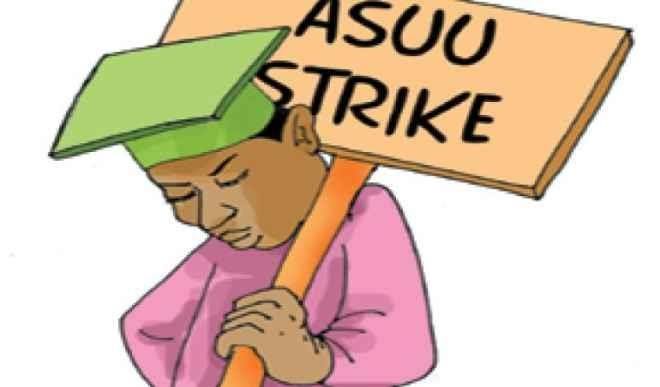 Professor Biodun Ogunyemi, President of the Academic Workers Union of Universities (ASUU), has argued that parents and students will have to deal with them for a little longer as the union’s strike continues.

This, he said during his appearance on Channels Television on Thursday where he gave an update on the negotiation of the union with the federal government.

“In response to a query about the readiness of the lecturers to return to classes considering ASUU and the government’s current inability to draw a conclusion, Ogunyemi responded:” I think our students and their parents will understand.”

“If we have lecturers that have not been paid for eight, nine months, how can we have that person putting in his or her best in a system?

“If people are going back to the universities and they will be paid less of their usual salary, how can we cope with that?”

The ASUU president had previously revealed that the union was not prepared to return to its demand that university lecturers should not be put on the website of the Integrated Payroll and Personnel Information System (IPPIS).

He argued that in the university setting, IPPIS can not work as it does not accept any of the allowances required to be paid to lecturers.

Prof Ogunyemi claimed that this was responsible for the gross underpayment faced by some of its members in the past, with some lecturers going home with as little as N8,000 at the end of the month due to the IPPIS platform’s needless deductions.

“The issue of what we call amputated salary came into it because the IPPIS platform was not designed for the university system.

“So, the platform does not recognize negotiated agreements like we are talking about allowance – unacademic allowances, research journal, and other things,” he said.

He added, “In fact, there were professors that were paid like N8,000 in some months on our campuses. So, we don’t expect anything otherwise because that platform was not meant for the university system.”

Prof Ogunyemi also stressed that though IPPIS may work for other civil servants, it can not work in a university environment because it wasn’t designed with their peculiarities in mind.