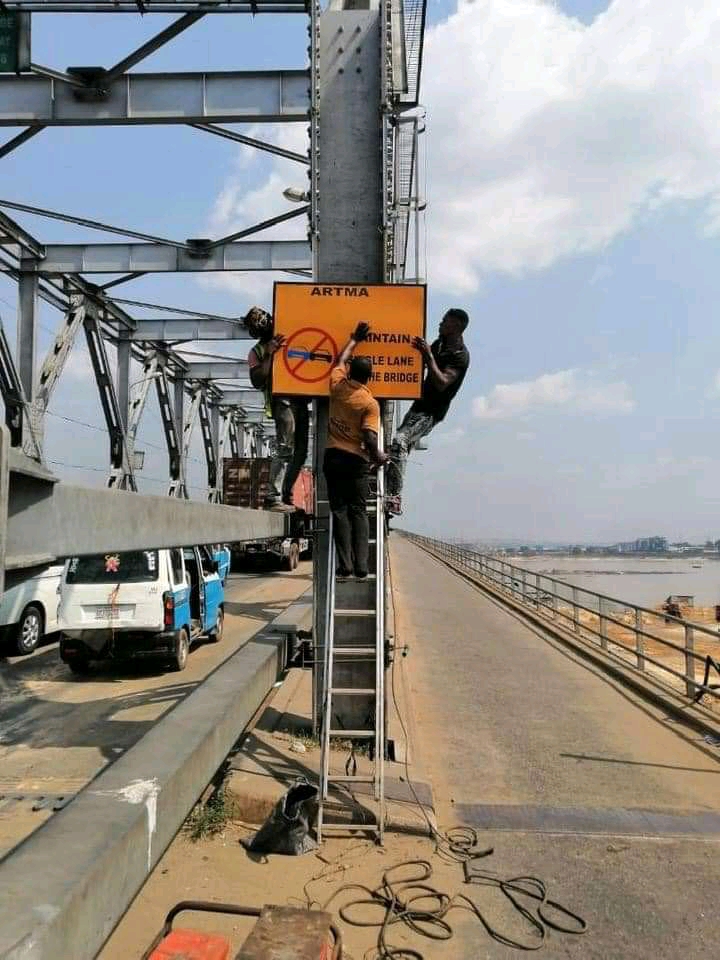 According to information on ARTMA Diary today, the essence of the development is to curtail possible accidents usually caused by multiple-lane road users, especially during this festive season.

It further warmed potential defaulters to be aware of strict fines attractable, even as the ARTMA promised to put up actions to sustain the efforts.

“The idea of this is strictly to prevent the multiple lanes road users create on the bridge. Overtaking is allowed but it MUST be one that would allow you to file back into your lane.

“As we approach the festive period, ARTMA urges all those hoping to spend this period in Anambra to expect traffic-free roads but they MUST obey all traffic signs as it isn’t business as usual.

“33 junction’ also felt the ARTMA effect as a joint team with OCHA BRIGADE completely displaced all the traders on the road.

“As usual, road signs were mounted and measures to sustain them were put in place.

“ARTMA truly sympathizes with defaulters when they have to pay these fines but that’s the only way to get sanity back on our roads.

“Remember, if you don’t break the rule, you don’t pay a fine.

It could be recalled that the Anambra State Road Traffic Management Agency ARTMA has released a code of conduct for motorists and members of the public in the state.

This was contained in a document signed by the MD/CEO of ARTMA, Engr Okonkwo Emeka – Konti.

According to the release, road users are expected to strictly observe the code of conduct even as Ndi Anambra ggenerallarged to help ARTMA actualize the desire of Mr. Governor, Prof Chukwuma Soludo, of building a prosperous and livable homeland where motorists can freely drive into Anambra, move around without gridlocks and also drive out without hassle when required.