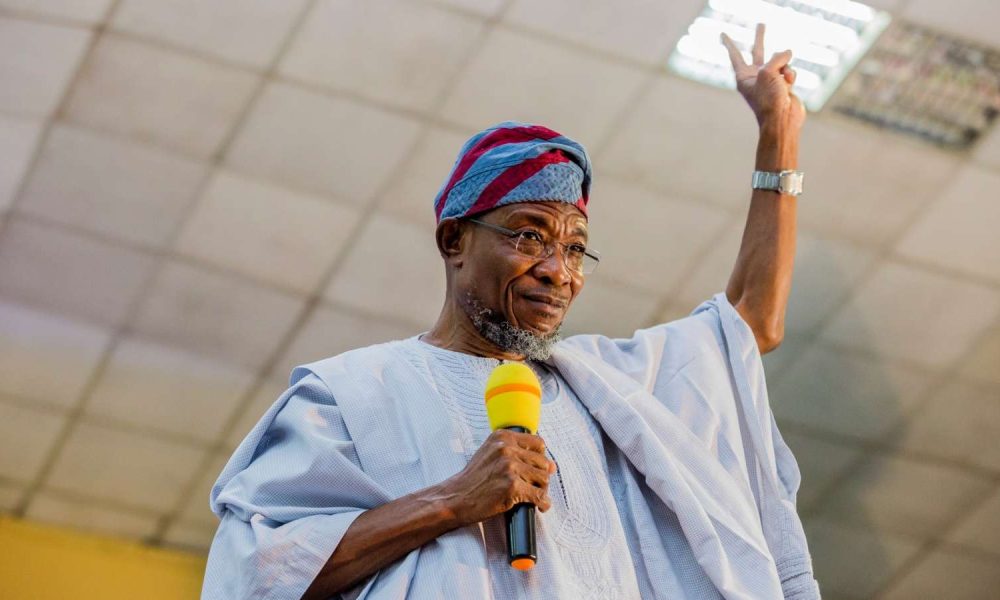 A faction of the All Progressives Congress (APC) in Osun State has declared that the Minister of Interior, Rauf Aregbesola deserves to be a part of the party’s presidential campaign council for its candidate, Bola Tinubu.

The faction which enjoys the support of Aregbesola stated that the Minister and Tinubu have a close relationship and the capabilities of Aregbesola also can’t be undermined. The group however said it was surprised both the APC and Tinubu decided to overlook Aregbesola in the composition of the presidential campaign council. Notwithstanding, it added that as a true party man, the former Osun State Governor would work and give his best for the success of the APC and its presidential candidate, Tinubu in the forthcoming 2023 elections. The faction’s publicity secretary, Abiodun Agboola made the stand known during an interview with Punch on Monday. He said; “Actually, we were surprised that his name was not included in the list when it came out. We don’t know what is responsible for that but we felt that with his closeness to Asiwaju (Bola Tinubu), he was supposed to be given a prominent role in the campaign. “As a true party man, he will definitely contribute towards the success of Asiwaju during the next election. But we felt that he deserved to be there. He knows Asiwaju very well; he knows him in and out. Asiwaju also knows his capabilities. At a certain point in time, he was the DG of Asiwaju when he was campaigning for the governorship in Lagos State. “We felt he deserves more, but if the party hierarchy says that he has to come in as a member of the Executive Committee, there must be a reason behind that which is not known to us. He is a party man who is loyal to the party. Ogbeni Aregbesola will definitely play his role during the next election.”

They Have Other Roles

Meanwhile, it would be recalled that the Director General of the All Progressives Congress Presidential Campaign Council, Governor Simon Lalong had previously disclosed that some prominent party leaders who were not included in the Presidential Campaign Council have other roles to play at other levels. He made the submission following the reactions that greeted the absence of some names on the list. Lalong emphasized that such persons have different critical roles to play at regional, zonal, state local government, ward, and unit levels.