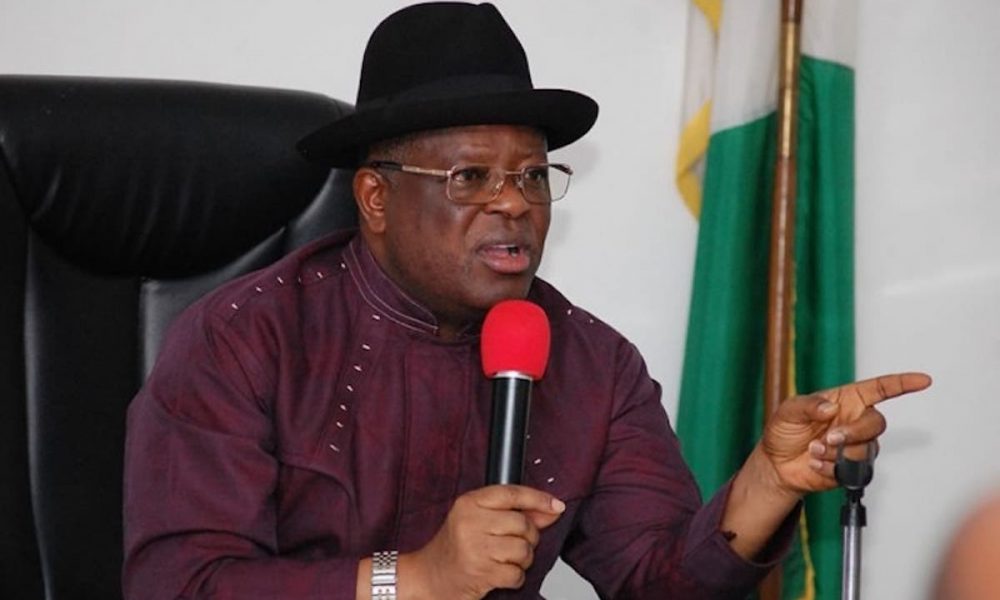 Governor David Umahi of Ebonyi State has hailed the ruling of the Appeal Court which reversed his earlier sack by a High Court for defection.

Naija News recalls that a High Court sitting in Abuja on March 8, sacked Umahi from office for defecting from the Peoples Democratic Party (PDP) to the All Progressives Congress (APC). The governor, however, appealed the judgment, saying that he cannot be removed form office for defecting to another party. In a ruiling on Friday, the appeal court sitting in Abuja reversed the high court judgment of March 8. In a statement on Friday signed by his spokesman, Chooks Oko, governor Umahi said the appeal court ruling has shown that the judiciary remains the last hope of the common man. He described the judgement as a sound defence of Nigeria’s constitution, adding that the judgment was a “sound juridical articulation”. The governor emphasised that the judgment has further strengthened his avowed commitment to continue offering his best for the state. The statement reads: “The judgment reinforces the provisions of the nation’s constitution in matters relating to defection. “The appeal court has by the pronouncement, proven again that the nation’s judiciary remains the last hope of the common man. “I dedicate this latest victory firstly to God, all  Ebonyi people and lovers of justice across the country”.