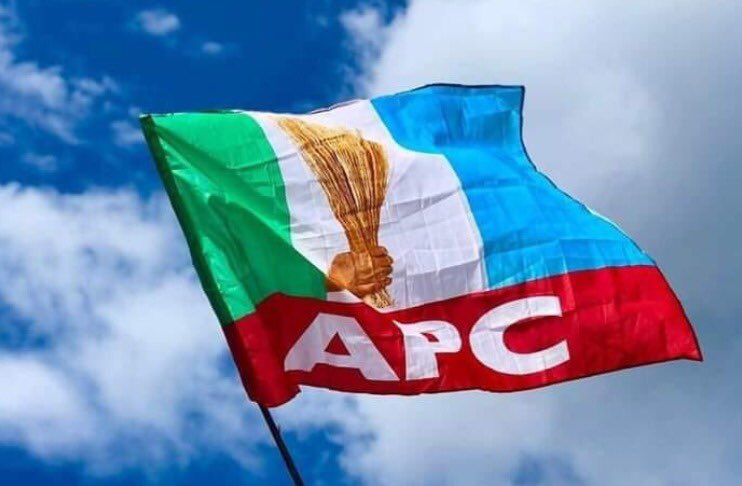 Workers under the leadership of the ruling All Progressives Congress (APC) have come out to decry the nonpayment of their September salaries by the party leadership.

Naija News reports that the APC workers claimed in a protest that they haven’t been paid their salaries and that life under the current leadership of the party has become unbearable for workers. The workers expressed their displeasure at the ongoing renovation at the secretariat, which the APC leadership had claimed it was being done from monies from their personal pockets, at the expense of their survival. An administrative staff member, who pleaded anonymity told the Sunday Punch that the party leadership didn’t even give them any assurance, adding that their protest only yielded their August salaries. The source said “They did not even give us any form of assurance when we will be paid our September salary. I must say things have been tough working under this current chairman. “While we were still struggling to contend with being owed September salary, the leadership of the party brought in people to remodel the structure of the secretariat in order to give it a facelift. “How do you leave payment of people’s salary and focus on the renovation of a building? It shows the party is not broke as they are trying to make us believe,” the APC admin disclosed. This development follows the approval of housing and vehicle allowances for members of the APC National Working Committee (NWC) and the suspension of six departmental directors at the national secretariat by the APC National Chairman, Abdullahi Adamu. However, Naija News gathered that a top APC source disclosed to the Sunday Punch that Adamu and members of the NWC paid themselves four years of allowances. The sources said, “Adamu and the NWC members have paid themselves four-year allowances upfront. Of course, they are doing this because they know many of them can’t stay long in that secretariat and it is unfortunate many people are afraid to talk about it. “We made N39 billion just from the sale of forms at the convention, you won’t believe that by September (last month), the party leadership spent over N20 billion out of it. “If he contests it, let him bring details of the account rendered before those directors were subtly pushed out of the system. I read the reports from his interview with the media last week. “There was nowhere in the handover note left in the care of the party leadership that N7.5 billion was owed, as Adamu is alleging. Before the Adamu-led NWC took over, all arrears were cleared and salaries were not owed. It is on record that we were usually paid on the 25th of every month. What do we have now? They are just allocating allowances and buying themselves cars all over the place,” the Sunday Punch reported. Meanwhile, the APC National Publicity Secretary, Felix Morka, reacted by saying the party leadership is on top of the matter, adding that the salaries were delayed because of the audit system and internal mechanism of the party structure. Morka, who refused to comment about the allocation of cars and housing allowances to NWC members noted that “As an institution, sometimes delay happens. It is not that it is intended to be the outcome. We are renovating the place to make it modern, nothing special. It is not restructuring and if we are renovating, it means we are not moving out soon.” The Publicity Director of the party, Bala Ibrahim, also denied knowledge of the party’s approval of such allowances for its NWC. He said “I am not aware of that. Again, I am not an NWC member. If no such information is passed to me, I won’t be in the know.” Also reacting to the unpaid salaries was a member of the NWC and Deputy National Chairman (South), Emmanuel Enekwu, who also refused to confirm or debunk the report, and said the paid allowances had nothing to do with staff salaries. Enekwu noted that “I don’t want to say anything about that. Your source in the secretariat should be able to buttress his claim with substantive evidence that we received such allowances. “They have not paid them (workers) salaries, yes I agree. But it is a problem for the bank, not that they don’t want to pay them. It is a long issue. “If they pay NWC members allowance, does it have anything to do with their own salaries? Are we on the same level? They are permanent staff; we are there to serve for four years. So they shouldn’t equate themselves with us. That is not to say Adamu approved anything anyway. “Secondly, it was because we have a lot of ghost workers in the system. This is why we introduced on-the-table payment. You will go and collect them so that they can be inspected and verified. “You know some people will definitely not be happy with this development. It is a case of when you fight corruption, they fight you. So they are fighting back,” he stated. Speaking about the sack of the departmental directors, he said “It is not true. I am the chairman of the committee set up for secretarial matters. Very few of them have employment letters. There are certain I may not know but I know there are ghost workers there.”