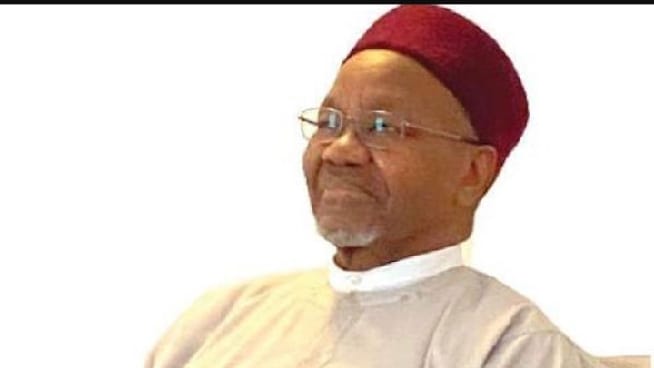 The ruling All Progressives Congress (APC) and the leading opposition Peoples Democratic Party (PDP), have rejected calls that political parties should jettison zoning and dwell on competence as a criterion for fielding candidates for the 2023 general election.

President Muhammadu Buhari’s nephew, Mallam Mamman Daura, said on Tuesday, that there was no need for zoning of presidential ticket to any part of the country.

Daura said competence should be given priority in the choice of presidential candidate in 2023.

But the All Progressives Congress (APC), the political party upon which President Buhari reached his political pinnacle, rejected the call.

The APC Deputy National Publicity Secretary, Yekini Nabena, told our correspondent in a telephone chat on Wednesday that the party would do its zoning at the appropriate time.

“That is Mamman Daura’s pinion.

“Everybody has their own opinion and right to say ‘this is how I want the system to go’.

“Everybody can come up with his view.

“We have different people who have come up with different opinions on this matter.

“At the appropriate time, the party will sit and do its zoning formula, just like any other party.

Similarly, the PDP Deputy National Publicity Secretary, Diran Odeyemi, said Daura’s opinion or call is not binding on the party.

“It is his personal opinion and it is not binding on the PDP as a party.

“The PDP is an organised party which appreciates zoning.

“So, at the appropriate time, we shall come up with our zoning formula which will define where the national chairman will come from and where our presidential candidate will come from,” he said. Rational Presidency
Malam Mamman Daura spoke about his relationship with the president and the 2023 presidency, suggesting that qualification should be prioritised against the tribe of candidates.

He spoke in an exclusive interview, which the Hausa Service of the BBC released some excerpts on its morning programme on Tuesday which was monitored by Daily Trust.

Mamman Daura said, after trying rotational presidency for three consecutive times, Nigeria needs to consider qualified candidates regardless of the region the candidate comes from in 2023 presidency.

Also, Ohanaeze Ndigbo has insisted that it is the turn of the South, particularly Ndigbo to produce the president in 2023.

The organization warned that equity should not be sacrificed on the altar of parochialism since it was the rotation sentiment that produced the present incumbent.

Ohanaeze was reacting to Mamman Daura”s assertion that 2023 presidency should not be based on turn by turn but on competence.

Chief Emeka Attamah, the media aide to the president general of Ohanaeze, Chief Nnia Nwodo who spoke on behalf of Ohanaeze insisted: “All we know is that it is the turn of the south where we have abundant competent individuals who can steer the ship of this country, particularly among Ndigbo.”

He reminded that one of the reasons the ganged up and removed Goodluck Jonathan was on the allegation of violating the rotation principle.

Finally, the Yoruba sociocultural group, Afenifere has condemned the position of President Muhammadu Buhari’s nephew, Mamman Daura who said competence should be placed above zoning arrangement in the 2023 Presidential election.

Regarded as the most powerful personality in Buhari’s administration, Daura had in an interview with the BBC Hausa Service said the most qualified person from any part of the country should succeed his uncle.

However, the Afenifere group rejected Daura’s position saying the country must continue with the common understanding of power rotation between the North and the South.

The spokesman of the group, Joe Odumakin, in a telephone interview with Daily Trust said the South was not unmindful of the fact that the North would want to have a shot again in the presidency after Buhari.

According to him, the South envisages many candidates to indicate interest in the presidency in 2023 but the country must stand firm and respect the zoning agreement.

“They (Northern candidates) would come out definitely but it is now left for the country to say whether they want to accept the move or they should insist on the common understanding that power should rotate between north and south.

“I heard him (Mamman Daura) talking about competence or whatever. In 2023, he would understand if there is anything called competence. We are watching how things unfold,” he said.

Odumakin said he expected the South to forge a common front when the time comes to ensure that the presidency returned to the region in 2023. Chief Supo Shonibare, another chieftain of Afenifere said rotational presidency could not be discarded without restructuring