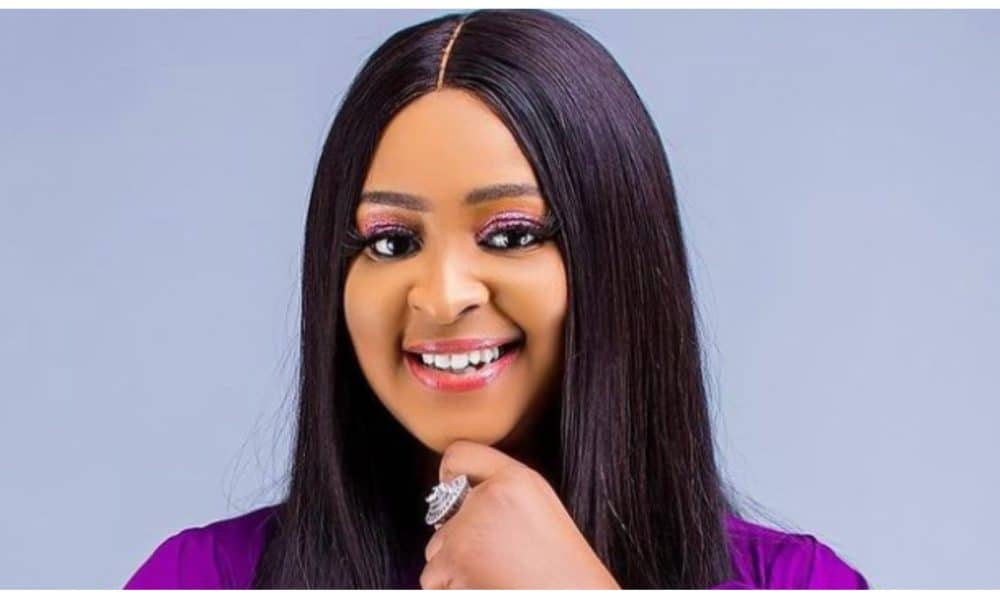 Nollywood actress, Etinosa Idemudia, has opened up about her cheating ex-husband while reacting to a social media post.

Naija News reports that Etinosa is one of the Nigerian celebrities who seemed unlucky when it comes to relationships as she has experienced two crashed marriages. Media personality, Toke Makinwa recalled a funny moment on her Instagram page, revealing how she allowed her ex-husband to cheat peacefully. She wrote: “That one time I caught my ex cheating on me, he said I was the wife and she’s only a girlfriend and I should act appropriately, I let him continue to cheat in peace as long as I was number 1. This life is just cruise. The things we can laugh about today” Reacting to the post, Etinosa Idemudia revealed how he caught her ex-husband with a condom and he denied it doesn’t belong to him. According to the single mother of one, she believed her ex-husband because they were trying to conceive at the time. However, she discovered that the man has been cheating on her from the beginning of their marriage as condoms were littered in their home. She wrote: “Na so I see condom with my ex. Baba said his colleagues gave him to hold. We were trying to conceive so it definitely wasn’t his. Me mumu I believed him. “Nigga was cheating from day one of the sham of a marriage. Condom everywhere. Our house, our cars, his wallet, everywhere. Later I was grateful to him for at least protecting me from std…. Never in my life”