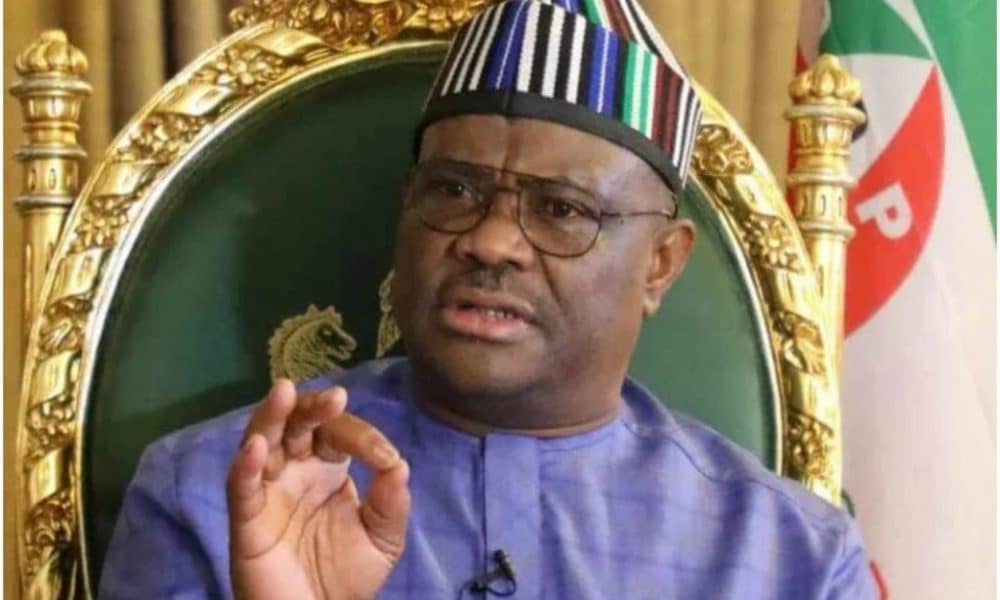 Governor Nyesom Wike of Rivers State has fixed Friday, October 14, 2022, for another round of media chat.

Naija News reports that the Rivers governor would address Nigerians on Politics and Governance ahead of the 2023 general elections. According to the governor, he will be speaking in a live interview with journalists at the Government House in Port Harcourt, the state capital. Recall that governor Wike had on Friday, September 23 addressed Nigerians on the crisis rocking the Peoples Democratic Party (PDP).

The five aggrieved PDP governors led by Rivers State Governor, Nyesom Wike are set to meet in London, the United Kingdom, today (Thursday) for a crucial meeting. Naija News recalls that Wike, Governors Seyi Makinde (Oyo), Okezie Ikpeazu (Abia), Ifeanyi Ugwuanyi (Enugu) and Samuel Ortom (Benue), former governor Ayo Fayose, Chief Olabode George and many others had pulled out of the PDP Presidential Campaign Council, demanding the removal or resignation of the National Chairman of the party, Iyorchia Ayu. The aggrieved governors want Ayu to resign for balance, equity and fairness, claiming that the party leadership is heavily dominated by the north. Wike and his allies also stated that the national chairman promised to step aside once the party’s presidential candidate emerges from the north. The crisis in the main opposition party started when the PDP presidential candidate, Atiku Abubakar snubbed Wike and settled for the Delta State Governor, Ifeanyi Okowa as his running mate despite reportedly having an agreement to run with the Rivers State’s governor on a joint ticket after Wike lost to him in the primary election. According to The PUNCH, the meeting between Wike and his allies is expected to take certain decisions ahead of the 2023 elections. It was learnt that Monday’s decision by the party and Atiku to flag off the campaign without Wike and his allies may have informed the latest meeting. The Rivers State Governor had vowed to remain in the party, describing the party’s presidential candidate as a betrayer during an interview with selected media.