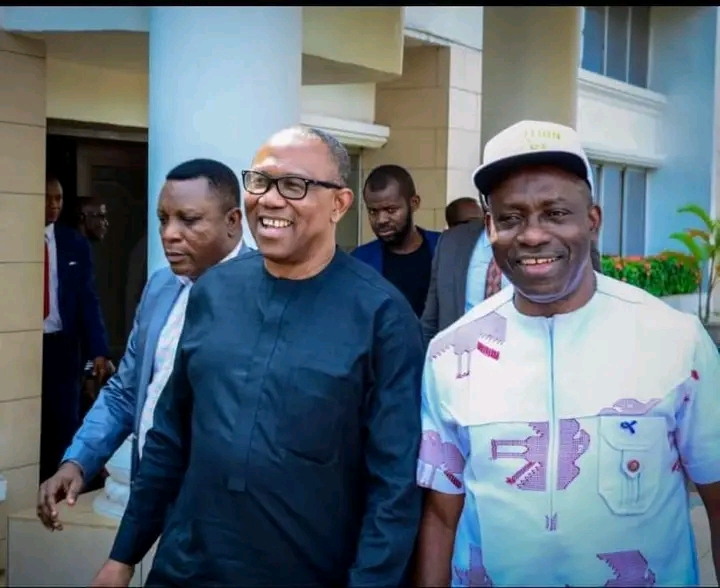 Following the uproar on social media platforms, over the comments of the Governor of Anambra State, Prof. Charles Soludo, against the ambition of the presidential candidate of the Labour Party LP, Mr. Peter Obi, the governor has continued to receive a series of bombshells from all and sundry.

Prof Soludo, however, has stated that he is not scared of criticisms from what he agreed to be social media supporters of the Labour Party presidential candidate, Mr. Obi, knowing fully well that Obi is toiling with the future of over 60 million Igbos.

Soludo had later affirmed that Obi would only deplete the votes of the Peoples Democratic Party (PDP) and pave the path for an APC victory. This has triggered more negative feedback from the public, especially the youth, known as the ObiDients.

Below are some of the comments that have flooded the social media sites with Soludo on the crux of the discussion.

“For me, I’ve learned the hard way from these events unmasking of the true nature of a man…

I would say that I flew down from 🇬🇧 to 🇳🇬 to vote Charles Chukwuma Soludo into power, I spent funds to help galvanize one of this most focal support groups YESS, I sold the candidacy of soludo to dissenting voices and views and bagged some people calling me names and I defended his candidacy and put my words online to actions in votes physical presence and finances too…

For me to see that because my support together with others who hitherto supported him using the same media are online mobs clearly shows a man that is not appreciative, not able to delineate personalities and issues of discourse but muddled it all together also using the opportunity to perhaps throw punches long fisted by him to settle hidden political angst for Mr. Peter Obi and the nationalistic acceptance.

“I would only do one thing for him going forward, bring the Anambra development document from where they copied his manifesto, mirror it with his performances as governor, and call him out where he is failing, by the time he’s done we assess how good he kept Anambra in terms of stats, and if we find any abnormalities still existing after his reign then it’s a big shame on him. We will use the same cup he used to measure for others to measure for him.”
@ Facebook #Charles Kene Ojukwu CKo

Similarly, in a piece entitled: Body Language Of Politicians speak Volume, a political commentator, with name MC Glad could not spare time to dish out how he feels about the comments of the Anambra State Governor, Prof Soludo on his predecessor, H.E Peter Gregory Obi.
MC Glad says:
“Don’t Over Trust Anybody his profession is directly connected with finance.
Gov. Soludo as Formal CBN President during OBJ knows the rule of the game.
Outrageous promises and Bargain can change any financial expert.
Soludo has been offered a salacious incentive to deliver Anambra against all Odds.
However, he is not aware that he has less or no impact on the masses.

The Obis impact on UNN is not useless
The investment And Properties Obi left became worthless because Anambra elected A useless and clueless Professor as Governor.
It takes worthless leaders to useless a useful investment.
This has proven to me that Obi is still the last Governor Anambra elected
Worthless Prof. Soludo doesn’t hesitate to collect the cheque from PDP or APC but knows that you can’t influence any Nigerian.
So your influence is currently worthless.” MC Glad started.