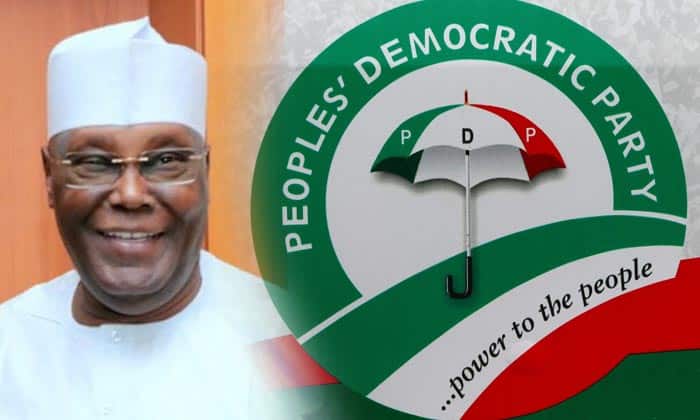 Some traditional rulers from the Idemili North and South Local Government Areas (LGA) of the Anambra state have debunked rumours that they endorsed the presidential candidate of the Peoples Democratic Party (PDP), Abubakar Atiku, for the 2023 general election.

According to the Anambra monarchs, speculation that they endorsed Atiku was not true, adding that it is a mix-up. Naija News reports that the traditional rulers in a statement signed by the chairman of their forum, Igwe Chuma Agbala, and the vice chairman, Igwe Nick Obi, alleged that they had only attended a meeting in Ogidi called by one of their illustrious sons Dr Obiora Okonkwo, who told them about his new position in the PDP and nothing more. The statement disclosed that the trending reports that the traditional rulers endorsed Atiku during their quarterly meeting were not true, so it was surprising to see twisted reports of the meeting’s account. The monarchs,  who advanced that the rumours have embarrassed them, said “The publication or information circulating in the news media of the purported endorsement of a PDP Presidential candidate is not true. “The fact is that the Idemili North and South Traditional Rulers Forum held its quarterly meeting at the Idemili North Local Government Headquarters, Ogidi where Chief Obiora Okonkwo came and said that he was appointed as one of the PDP Anambra State coordinators. “That was it, and there was nothing like the endorsement of any political party or her flag bearer. “We, the traditional Rulers of Idemili North and South, do not indulge in partisan politics and as such would not dump or endorse or move to endorse any political party’s candidate. We are royal fathers and hence are fathers to all.”