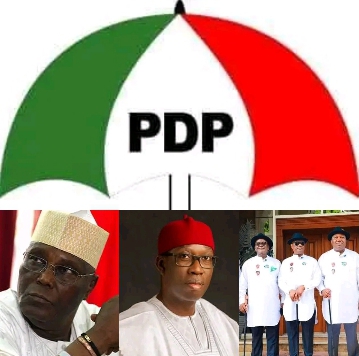 AHEAD of the 2023 general election in Nigeria, political and public affairs analysts have continued to unleash a series of constructive criticism of the various gimmicks, mantras, or political manifestos, adopted by some candidates of some political parties.

Nigerians ab initio have made the plunge of the various parties’ campaign mantra, having experienced the outcome of the popular ‘Change’ promised by the current ruling All Progressives Congress, APC. Thus, Nigerians in 2015, clamored and voted for ‘Change, hardly did they know that the ‘Change’ which they voted for would come to change the ‘change’ that the masses once had in their minds.

Consequently, Nigerians especially the poor masses have become used to the political mantras which the political parties use to persuade them to support and vote for their candidates during general elections.

It’s against this background that an Observer has described as dead on arrival, the Presidential Campaign Slogan of the People’s Democratic Party PDP’s candidate, Atiku Abubakar, and his Vice, Ifeanyi Okowa.

According to certain Observer and Netizen, popularly known by the Social Media name MC Glad, the trending campaign slogan of the People’s Democratic Party PDP, ‘Unifier’ has not only cajoled Nigerian education but has also painted it black.

He further expressed doubt that the duo is either being driven by politics of sham or hypocrisy while citing circumstances surrounding the political gospel preached by Atiku in Lagos State when he asked the residents of the state to abrogate family politics.

His words: “I have taken dictionary severally cross-examining the meaning of Unifier. Even if Atiku pretended he doesn’t know, would that be the same with Okowa?
“The most popular irony in 2022 and Nigerian political space since democracy. How can a candidate whose personal interest has divided his party across tribal line claim that his ambition could unify the country?

“Is injustice, disequilibrium, marginalization, conflict, unfairness, and crisis another method of achieving unity? If Atiku/Okowa candidature cannot unify the PDP, by what measure does one entitle it as a Unifier, having destroyed the zoning mantra between the North and the South?

“Recall that Atiku/Okowa’s campaign in Lagos was the pot calling the kettle black, he preached that Lagos should be delivered from family politics as if the PDP’s presidential ticket is not his Birthright.
“I wonder how Okowa got his Ph.D. Atiku/Okowa’s candidature cannot unify PDP, it divided PDP into pieces: Dino, Atiku Okowa vs G5.
“Atiku/Okowa the Dividers. Please Unify the PDP family first before you could unify Nigeria.” Mc Glad said.