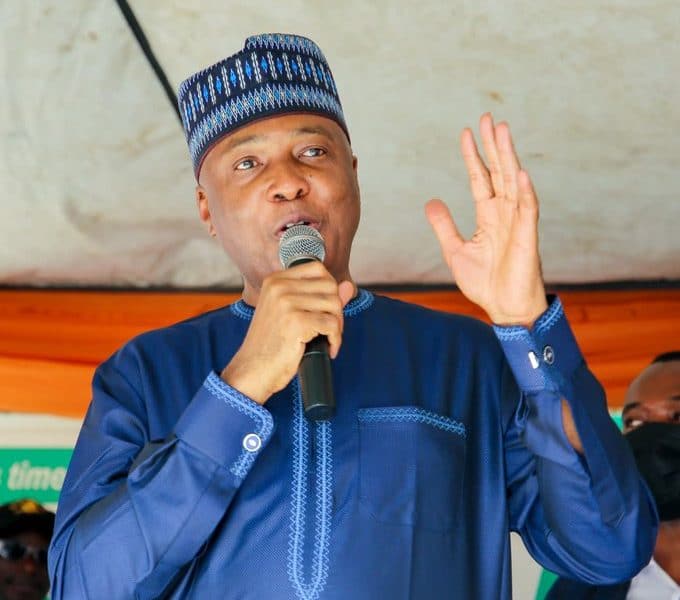 The former Kwara State Governor, Bukola Saraki has challenged the current State Governor, Abdulrahaman Abdulrazaq to hold a public debate with the Peoples Democratic Party (PDP) governorship candidate, Yaman Abdullahi, on the account of his stewardship in the last three years.

According to him, Abdulrazaq should count himself disqualified from the gubernatorial race if he is not bold enough to account for his achievements since 2019. Saraki, who was speaking in Ilorin, the state capital at a programme organised by Jamaa Group in support of the PDP candidate, said it is time for the PDP to take back the state from the ruling All Progressives Congress (APC)for the people of the state. He said the ruling APC state government, in three years, has not kept any of the campaign promises it made to the people of the state. Naija News reports that the former Senate President said the tenure of the PDP in the state was characterised by feasible achievements, which include, Aviation College, Kwara State University, Malete, Diagnostic Centre, education, agriculture and health sectors among others. He stated that the PDP’s achievements in the past years cannot be over-emphasised, therefore “I call on you to vote for competent candidates that we shall be proud of as our representatives.” The national leader of the party told party stakeholders and members that in other to ensure total victory on both state and national levels, there was a need to commence a massive campaign both for the gubernatorial and presidential candidates.