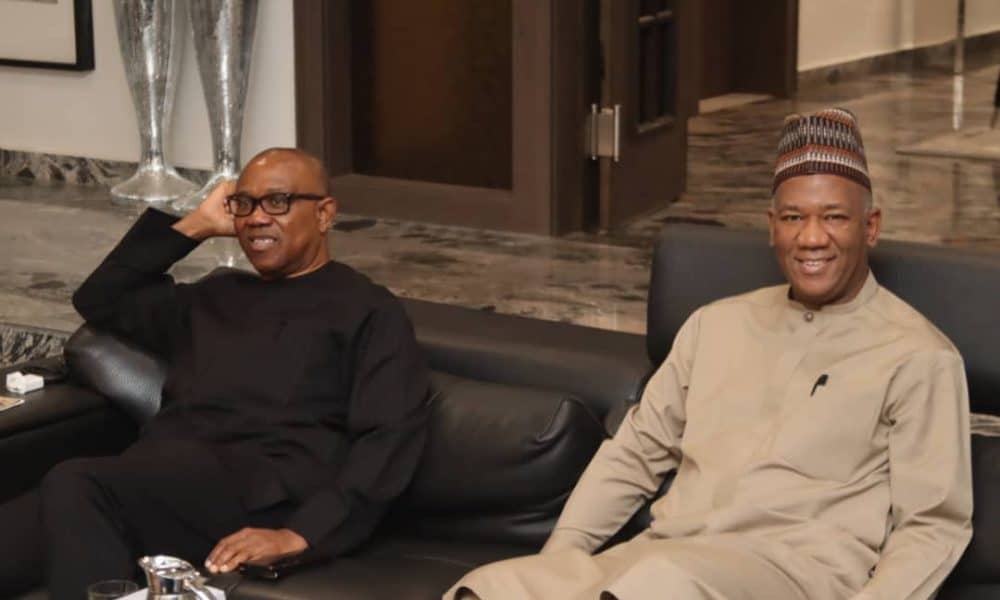 The presidential candidate of the Labour Party (LP), Peter Obi, and his running mate, Datti Baba-Ahmed, were absent at the unveiling of the party’s Presidential Campaign Council.

Naija News reports that the party unveiled members of the campaign council at an event held in Abuja on Wednesday. Also, the chairman of the party, Julius Abure, and members of the National Working Committee (NWC) failed to show up at the event. While the event was ongoing, Obi, in a tweet via his verified Twitter handle, said he was attending the 52nd Institute of Chartered Accountants of Nigeria (ICAN) conference in Abuja. “I just arrived at the 52nd ICAN Annual Accountants Conference. -PO,” he wrote. https://twitter.com/PeterObi/status/1580175076611477504

The Director General of the Obi-Datti Presidential Campaign Organisation, Doyin Okupe, has said the obidient movement has gone beyond ethnic and religious sentiments. Naija News reports that supporters of the presidential candidate of the Labour Party are known as ‘The Obidients”.

Speaking on Wednesday during the Pre-Campaign Press conference of the party in Abuja, Okupe said the movement is beyond religion and ethnicity bias, asking the opposing parties to stop linking the movement to a particular tribe or faith. Okupe asserted that the All Progressives Congress (APC) has shown that it lacks respect for Nigeria’s religious diversity following its choice of a Muslim-Muslim presidential ticket.
The former presidential aide added that the party cannot justify or defend such an action because it does not care about Nigeria and its citizens.
He predicted that the internal crisis rocking the Peoples Democratic Party (PDP) will continue to linger due to the fact the party failed to respect the zoning and rotation of power arrangement as enshrined in its very constitution. Okupe added that the PDP will continue to face issues because its presidential candidate, Atiku Abubakar, emerged from a skewed primary election.