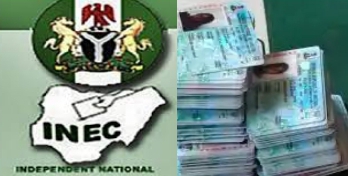 INEC, while warning both politicians and unsuspecting and criminal Nigerians of the dubious acts, reiterated that no person will vote on election days without PVC.

The National Commissioner overseeing the FCT, Nasarawa, Kaduna, and Plateau states, Mohammed Haruna made this known on Monday at an event to launch the #YourVoteMatters project by an election observer group, NESSACTION, in Abuja.

Haruna also revealed that two people were recently convicted for illegal possession of PVCs in Sokoto and Kano states.

Speaking, the INEC National Commissioner, said: “We are aware some politicians are more or less buying the PVCs. If you collect the PVC and then you sell it out or allow someone else to have it, you are aiding illegal possession of the PVC which is an offense in our Electoral Act.

“Some of you are aware that only recently, INEC managed to convict two people, who were found guilty of illegal possession of PVCs in Kano and Sokoto. So, I urge people to connect their PVCs, keep it safe, and make sure that on Election Day, you go out there and cast your votes because, of course, without your PVC you cannot vote.”

Meanwhile, in her remarks, Executive Director of NESSACTION, Ambassador Eniola Cole, clarified that the project scheduled for implementation in the FCT, Nasarawa, and Plateau states, will provide logistics that will generate incentives in communities with low PVC collection rates.

Cole said: “We implore the general public to take advantage of the timeframe set by INEC for PVC collection at Commission’s LGA offices nationwide from December 12, 2022, to January 5, 2023, and at the 8809 Registration Areas from January 6-22, 2023 including Saturdays and Sundays.

“The public can, through dedicated channels, inform us of their location to receive support including the PVC collection buses and community outreach activities to be conducted at the local level in each state by our community mobilization officers.”
(Vanguard).