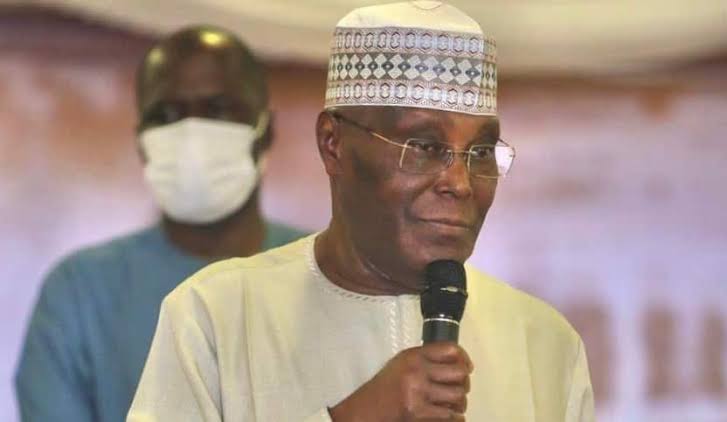 The presidential candidate of the Peoples Democratic Party (PDP), Atiku Abubakar, has said he started advocating for restructuring in the North in 2004.

The former Vice President said the idea of restructuring was met with strong resistance from Northern Governors and the people which led to its death in the region. The PDP presidential candidate expressed happiness that the North has now bought into his idea of restructuring, which means States will have more powers and responsibilities to execute their individual programmes. Atiku made the remarks during an interactive session with the Arewa Joint Committee on Saturday, in Kaduna State, Naija News reports. The former vice president stated that part of his government’s agenda was to drive revenue and taxation, thereby moving away from an oil-based economy to making agriculture a top priority by giving the North the desired support.

“This means giving states more powers and responsibilities to own their funding to execute their own individual programmes in their respective states. It does not mean that you are going to get less from what you are going to get. But it simply means more responsibilities as far as governance is concerned. “So, what can we do to make sure that we wean ourselves from dependence on oil? Agriculture is one top priority I intend to make sure the North receives the greatest support so that we can reinvent our agriculture.”

Speaking further, the PDP presidential candidate said that Small and Medium Scale Enterprises (SMEs) are very important because they provide prosperity and employment to the lower-income earners in the society. He said: “SMEs are what provide prosperity and employment to the lower income earners in the country. “I can give you an example which I have always given. I have a micro-standard finance bank which is today one of the best in the country and it empowers virtually only women. As a result of that, we have moved 45,000 families out of poverty in my state, to a state of prosperity. All of them are women. “I proposed that we will set aside $10bn to promote our young entrepreneurs who leave school before they can start up their own businesses. There is something very important and that is making sure entrepreneurship is part of our curriculum.”

On education, Atiku pointed out that his educational institution in Yola provides the needed entrepreneurship skills for every student despite the course of study. He said: “If you have attended my university in Yola, whether you are studying law, engineering, or science, you must study entrepreneurship. It is a compulsory subject. This is because when you come out, you don’t have to be looking for a job. We want you instead to create jobs both for yourself and for others. “And then of course repositioning our educational system in all northern Nigeria, there was no dropout. Those of you who are old as myself or older than me can testify.” He told the gathering about his passion for education, optimism for unity, peace, and security.

“I’m passionate about education, that is why I have an educational set-up, what I call from cradle to grave. I have a kindergarten, nursery, primary, secondary school, and university all located in one location. “So for me, education is fundamental. It is non-negotiable. I am an optimist and I believe we can unite and do it together and propel northern Nigeria or the northern states to a higher level of prosperity peace, security and unity.”