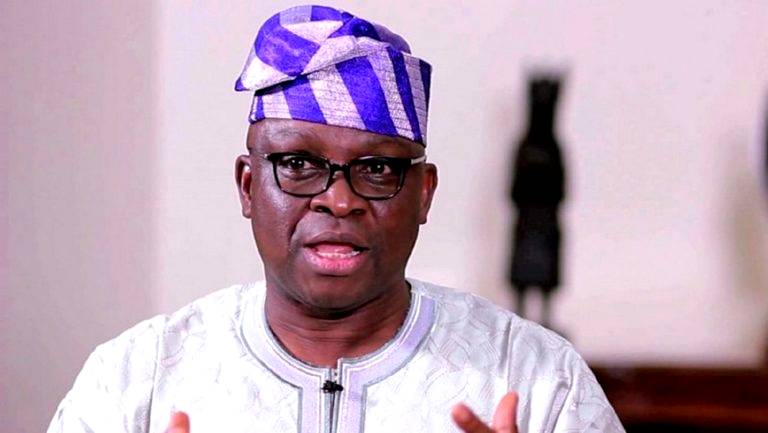 There have been a series of questions about the possibilities of the anticipated victory of the People’s Democratic Party PDP, in the 2023 general elections following the internal crises as well as the rising fear of failure amongst the party stakeholders.

Consequently, a former governor of Ekiti, Ayodele Fayose has expressed fears over the chances of the People’s Democratic Party, PDP winning the South-West and South-East regions of the country in the forthcoming 2023 presidential election.

Fayose made the assertion, yesterday, in an interview with Channels Television’s ‘Politics Today.’

He said, “Let me give you an analysis. In the South-West, people might not like to hear that, I don’t see how PDP will win. Anybody deceiving us can continue to deceive us.

“I don’t see how PDP will win in the South-East. South-south will be a combination of all interests. Let me come to the key states of the north.

“We will give Adamawa state to our party. Don’t forget there is still another Kwankwaso who is a semi-cancer that can equally upstage figures in the north,” he said.

Meanwhile, Fayose has said the presidential candidate of the Labour Party, Peter Obi, LP, could affect the chances of the Peoples Democratic Party (PDP) in the 2023 polls.

Recall that the governor of Anambra State, Prof Charles Soludo has earlier averred that the Labour Party Presidential candidate, Mr. Peter Obi will end up affecting the victory of the People’s Democratic Party in the forthcoming election.

According to Professor Soludo, Obi is inadvertently making the pathway to victory much easier for the presidential candidate of the All Progressives Congress (APC), Bola Tinubu.