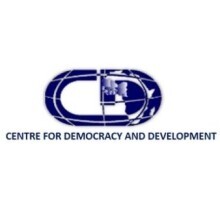 Ahead of the 2023 general elections, the Centre for Democracy and Development (CDD) has today promised to remain neutral, independent and impartial.

The Director of CDD, Idayat Hassan, who gave the assurance in a statement in Abuja, said CDD was issuing the statement in response to false accusations made in a recent report concerning the centre’s work in the coming elections. She said the author of the report unfairly twisted the CDD’s position on pending elections to some vacant seats at the Senate and House of Representatives by falsely asserting that the CDD was making excuses for the Independent National Electoral Commission (INEC). She noted “has become necessary to ensure that the public is reassured about the independence, neutrality and impartiality of the CDD in the coming elections.” Hassan reiterated that the centre’s duty is to serve as the ultimate catalyst in the transformation of the West African sub-continent into an integrated, economically vibrant and democratically governed community that assures holistic security to the population and is capable of permanent peaceful conflict management. The CDD boss pointed out that over the years, the centre has strengthened the capacity of different stakeholders, including government agencies and parastatal and has also been very active in activities that will improve democracy and ensure lasting peace. “CDD is confident about the impact and effectiveness of its long-standing efforts to promote democratic and accountable governance,” she said. CDD is an organisation established to promote the values of democracy, peace and human rights in Africa, particularly in the West African sub-region.