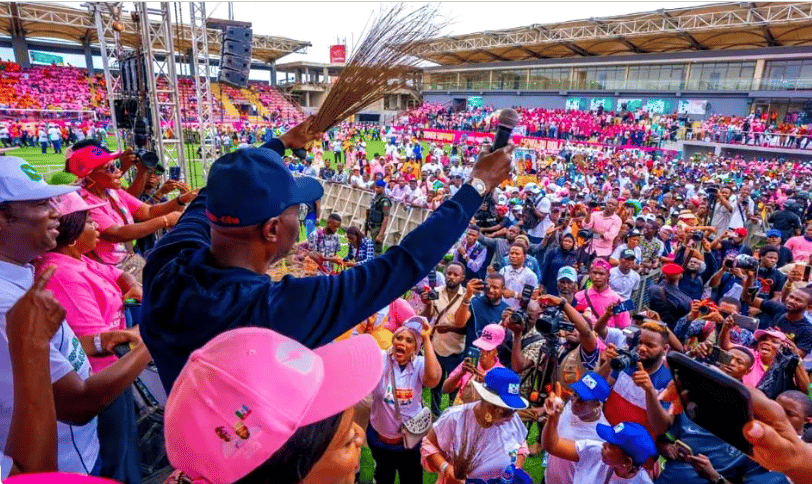 They said the plan to deploy its electioneering strategy from home to home is to further accelerate its reach to every nook and cranny of the country ahead of the 2023 presidential election. Naija News gathered that the National Coordinator of the women’s campaign team, Dr Asabe Bashir, said this in an address delivered at the inauguration of another women’s group, Progressive Sisters’ Network, and the launch of a ‘Sister-to-Sister’ campaign. According to her, Tinubu had been known to be committed to the protection of women’s rights and empowerment, including through landmark affirmative policies and actions that guarantee the inclusion of women, education investment programmes and the development of the girl-child. Bashir noted that Asiwaju backed and pursued several policies and government investments that enabled the rise of women in various fields and life endeavours. “This is why I believe women must come together, on the same progressive agenda, and ensure that Tinubu is sworn in as the country’s next President,” she added. The APC national women coordinator said the group’s foremost aim was to contribute its quota to mobilising women’s votes for “our father, leader and presidential candidate, Tinubu, and his running mate, Senator Kashim Shettima.” “Our message is simple, the Tinubu/Shettima ticket presents the greatest hope of equity for Nigerian women, and this assertion is backed by the public service track records of both men. “The PSN will execute its nationwide campaign with a star crew of zonal and state officers including the Deputy National Coordinator, Samira Saddique, North-West Zonal Coordinator, Aisha Augie, Hauwa Magaji, North-East Zonal Coordinator; Abiodun Essiet, North-Central Zonal Coordinator, Funmilola Onamusi, South-West Zonal Coordinator, Lady Giddalti Reginald-Okun, South-South Zonal Coordinator, and Amaka Ogbu, South-East Zonal Coordinator,” she noted. While addressing the new groups the Progressive Sisters’ Network, led by ‘Rinsola Abiola, a gender advocate and daughter of late Chief Moshood Abiola, said it is a good thing that the group is a national women-led and focused organisation which seeks to mobilise women’s votes through extensive, grassroots-focused voter mobilisation projects, and via specialised communication tools and platforms.