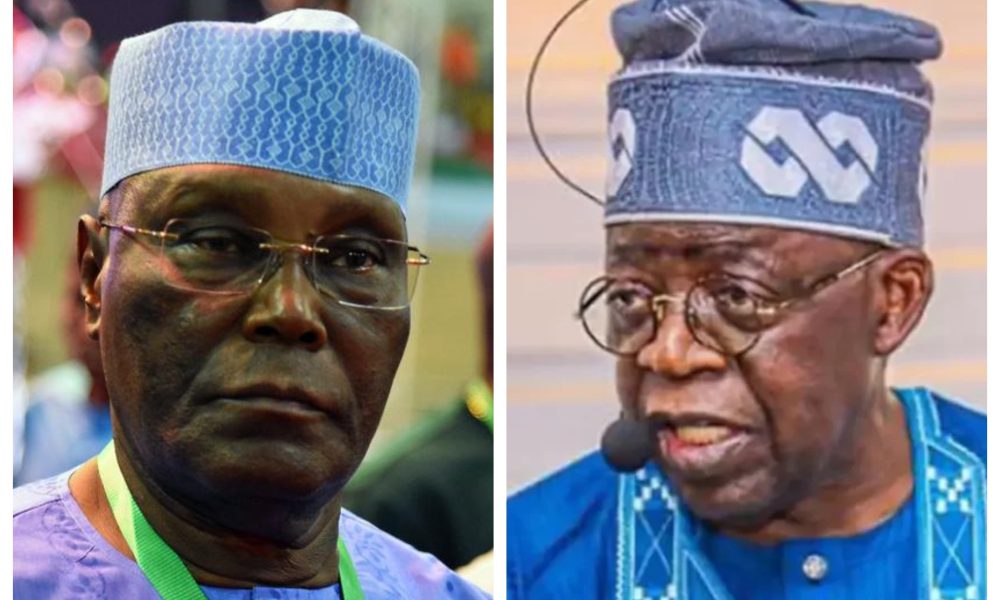 The presidential candidate of the All Progressives Congress (APC), Bola Ahmed Tinubu has asked his counterpart in the Peoples Democratic Party (PDP), Atiku Abubakar to step down and endorse him.

The former Lagos state Governor made the call during an interractive session with leaders from the Northern part of the country under the umbrella of the Arewa Joint Committee.

The program which was organized by a coalition of six groups including the Arewa Consultative Forum, Sir Ahmadu Bello Memorial Foundation, Northern Elders Forum, Jamar Matan Arewa, among others took place at the Arewa House in Kaduna. The APC flag bearer urged Atiku to remember the good deed he rendered to him in 2007. He asked the Waziri to return the favour and endorse him. Tinubu said, “I supported Atiku Abubakar in 2007. Don’t blame me if I ask for the payback. “It’s payback. Let him endorse me, instead of conducting rallies around Kaduna.” In the year in question, Tinubu dropped his presidential ambition and endorsed Atiku who contested under the defunct Action Congress of Nigeria (ACN).

Governor of Kaduna State, Nasir El-Rufai on Monday recalled how he was arrested and detained in Anambra State in 2013 allegedly by Peter Obi who was the then Governor of the state. According to El-Rufai, he was in the Southeast state in 2013 as an official of the All Progressives Congress (APC) to witness the bye-election for governorship, only to be harassed by security officials on the order of the State Governor. The APC chieftain said now he is a sitting Governor in Kaduna State and Obi who is now the presidential candidate of the Labour Party (LP), is coming to the state for his consultations ahead of the 2023 elections. El-Rufai noted that he has all the mechanisms to arrest and detain anyone if he wished, but that he is civilized and would not do such. Naija News reports that El-Rufai said this while addressing party stakeholders during an Arewa joint committee meeting which had the presidential candidate of the APC, Bola Tinubu and his running mate, Kashim Shettima in attendance.