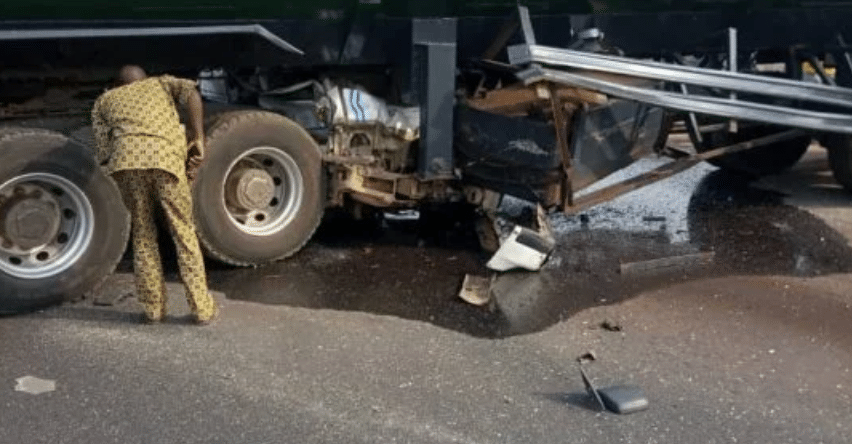 A tragic accident in Bauchi State over the weekend reportedly killed no fewer than eleven people.

The state chapter of the Federal Road Safety (FRSC) confirmed this in a statement made available to newsmen on Sunday, Naija News reports. The incident according to the sector commander of the agency, Yusuf Abdullahi, happened on Saturday, October 15, at Hawan Jaki village along the Alkaleri-Gombe road in the Alkaleri Local Government Area of the state. Nine other people reportedly sustained varying degrees of injuries in the crash that involved 20 people. Abdullahi said the FRSC command was informed of the incident and immediately deployed its men to attend to the scene at about 5:30 pm. According to him, the rescue team rushed the victims to the hospital where nine people were confirmed dead by a medical doctor. He said that two other people who were injured and were receiving treatment later died. The accident according to Abdullahi involved two commercial vehicles, noting that one of the vehicles, a Hiace Bus belonging to the Yankari Express of the Bauchi State government fleet, driven by one Muhammed Musa while the other vehicle, a DAF truck belonging to Dangote Group of Companies. The FRSC boss said, “We received a call from a good samaritan who informed us of a fatal crash that occurred on Saturday, October 15, 2022, at Hawan Jaki village, along Alkaleri-Gombe road at 5.30 pm. “Immediately, our rescue team rushed to the scene within 15 minutes and took the victims to the Alkaleri General Hospital for treatment and confirmation. “It was at the hospital that a medical doctor confirmed nine people dead while 11 others sustained various degrees of injuries. A total of 20 male adults were involved in the crash. “A few hours later, the additional report indicated that two more people who were injured died in the hospital while receiving treatment. “The vehicles are a Hiace Bus belonging to Yankari Express with the registration number BA114-A28 driven by one Muhammed Musa. The second truck belongs to Dangote Company with registration number JMU169XA. “The crash was caused by dangerous driving.” Recalling the flag-off of the 2022 ember months campaigns which have the theme: “Avoid Speeding, Unsafe Tyres to Arrive Safely,” Abdullahi warned motorists to observe traffic regulations, especially during the ember months when there are high volumes of vehicular movements on the roads. “We are in the ember months and there is always a high volume of vehicles on the roads and it is only when drivers are more careful that we will reduce crashes on our roads. “I appeal to motorists to be more patient while on the roads so that the carnage from crashed would be reduced to the barest minimum,” he appealed.